I was twenty six when I first got into astrology, when my husband brought home the book The Compleat Astrologer by Derek and Julia Parker, in 1979. After reading and studying it, I was so hooked on the idea that you could use a system to find out what was going to happen, and when, that I wanted to learn more about it. I rang the publishers to get contact details of the author. 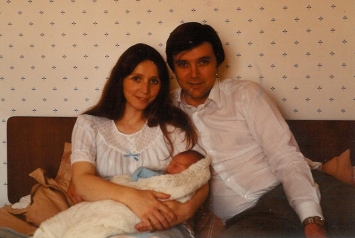 They thought I was an internal call and gave me Julia Parker’s home telephone number. This must have been fate, I think, because I rang her to find out that she was President of the Faculty of Astrological Studies, a leading school in the UK that trained students of astrology up to professional qualification level. (They still do so, today.) I enrolled and got my Diploma, after two and a half years study and training, in 1982.

Barely two years later, I had my first of our two children so, although I saw some clients, I didn’t really get started as a consultant until 1990.

My tutor’s view that I would have a family in my early thirties was largely based on the astrological indicators of Sagittarius and Capricorn both being the signs on the part of my birth chart, my fifth house, which related to children. Both Jupiter and Saturn, the planets ruling Sagittarius and Capricorn, are associated with later life but I also had Venus challenging Saturn but making nice contacts to the Moon and she saw this as a further delaying factor.

There was some irony in the fact that I had children very soon after qualifying as a consultant because I had wanted them for several years – we had been married for eight years and they just had not come along. Of course, I wanted astrology to tell me if I would ever have them. My tutor, Cordelia Mansall, in fact, told me that I would have them in my early thirties – I was 27 years old, at the time.