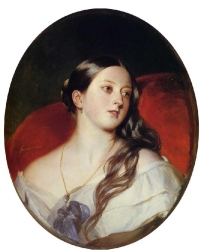 Queen Victoria, her nine children, and the Venus Jupiter effect!

Queen Victoria was something of a royal supermum in that she produced so many offspring. She had nine children with her husband, Prince Albert before he died in 1861.

History records that she was deeply in love with the Saxe-Coburg Gotha Prince and I think this is reflected in her affectionately drawn watercolour of him. I think it’s reasonable to assume that her passion for Albert was also reflected in the number of children they had and how quickly they all came along, during their marriage!

Victoria and Albert met when they were seventeen, and they married, (after Victoria proposed to Albert) at 20, in February 1840. Their first child, Princess Victoria Adelaide Mary Louise, arrived in November of that same year. Edward Albert, who succeeded Queen Victoria, upon her death in 1901, was born the following year in 1841, followed by a further seven siblings, four sisters and three brothers born between 1843 and 1857.

Because she had so many children who married into the royal families of Europe, Victoria is sometimes called the “Grandmother of Europe”.

But what fascinated me most was her status as a mother, rather than a grandmother. Her birth details have been carefully recorded – she was born on 24th May 1819 in London, UK at 4.15 a.m. so am able to look at the kind of astrology that was contacting Victoria’s chart when each of her nine children were conceived. 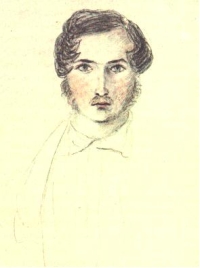 I checked out the astrology for the years during which her children were conceived to see if the links that I had found in my research that were associated with successfully conception and birth were present for these nine children.

When I worked with Victoria’s birth chart for the recorded birth time of 4.15 a.m. it puzzled me that there appeared to be no appropriate astrological contact to her birth chart during the year she married Albert and had her first child. In my experience as a consultant astrologer for over 25 years, for such a momentous year in her life, this seemed wrong. So I adjusted the time a little to 4.11 a.m. and then found that one of the time sensitive angles in her chart (her Ascendant also known as the rising degree), was then contacted by Venus during 1839 and 1840 and this would clearly show that she would be married during 1840 and a child would very likely quickly follow.

This very small adjustment to her recorded birth made no noticeable difference to the other contacts present in her life for the birth time of 4 15 a.m.

I wanted to find out what sort of astrology was contacting Victoria’s chart during the years when she conceived her nine children. My research has shown that Venus and Jupiter are very important factors to have contacting your astrological birth chart during years when you hope to successfully conceive a child so I wondered if this would be true for Victoria.

I found that, in Victoria’s case, five out her nine children were conceived under Venus contacts and two of them were conceived under Jupiter contacts. One of them was conceived under both Venus and Jupiter contacts. So, seven of the nine children had the Venus and Jupiter contacts that my scientifically based research with nearly seventy fertility treatment women, and over fifty women who conceived normally, shows are strongly associated with conception resulting in the birth of a baby. Of her two remaining children, one had a moon contact present at time of conception (also supported by my research findings) and the last one had a Mars contact which is traditionally believed to be associated with the birth of children – but I have not yet researched this particular contact so cannot confirm or deny its possible link.

A film has recently been produced about the young Victoria and her relationship with her prince consort, Albert.

The Duchess of York, Sarah Ferguson, was fascinated by Victoria and wrote a book about her: Travels with Queen Victoria, published in 1995 and so was involved in the role of producer with the development of the film “The Young Victoria ” (directed by Martin Scorsese, 2009).

Sarah, born 15 Oct 1959, London, UK 9 03 a.m. has two daughters, Princess Beatrice born in 1988 and Princess Eugenie born in 1990, and I wondered if she, too, would have the astrological factors present during the years of their conception, that my research had shown would lead to the birth of a baby. Moon contacts that my research shows are strongly associated with successful conception and birth were present when these children were conceived.

Information on chart data taken from

Information on Victoria and her family taken from: womenshistory.about.com